As our new Bradford short story course at the City Library, tutored by Mark Connors, kicked off this month, we thought we’d ask one of the course participants to share their experiences of taking part, encouraging them to share the highs, the lows, and – fingers crossed! – some successful and enjoyable short story writing. Writer and previous course participant Benjamin Cassidy has graciously obliged, so read below to get the inside scoop on what goes on during our Comma course workshops.
For details of our other current and upcoming short story courses, check out our website. For any Sheffield based writers, there are still a handful of places left for the course starting in June, so sign up quickly if you want a place. New courses starting in the Autumn will be announced in due course.
But for those who can’t wait for the next course to start, check out our ‘Understanding the Short Story‘ page on our website; there you can find exercises, reading lists, and information about key short story theory, all for free.

In a function room of Bradford City Library – a perfect venue for a writing course – I sat with six others, all keen to learn how to further develop as a fiction-writer. With novelist Mark Connors at the helm, as tutor, the session was always going to be a success. It was clear immediately that he knew exactly what he was doing. His wise and gentle demeanor perfectly complimented a massive talent and knowledge-base that might otherwise intimidate. Mark asked each student to tell us a little about themselves and give some brief detail about their background, and writing. Once that was done, Mark advised that having a mix of ages, genders and individuals from assorted cultural backgrounds is absolute gold-dust for a writing circle, which is what this would be for the next six months. Everyone would have something to learn, including him, which he stated he was very much looking forward to. With everyone at ease, then it was straight to it. 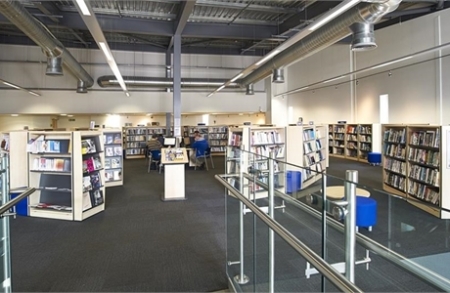 As already stated, Mark’s pedigree as an author shone through: he knew exactly how to get things going. He gave a series of concrete nouns, and asked each of us to do some “free-writing”. This involved putting pen to paper and trying to think as little as possible about what happens next. Mark explained that this common technique can help de-clutter the mind and start the creative cogs turning, to get to the good stuff buried in your subconscious. He wasn’t wrong. Very soon, everyone had a series of statements, sentences or vignettes, which they shared with the group. Though some weren’t linear or even wholly grammatically coherent (some were lists), all had value, with some real gems of original description. Now the class was ready for the real action to begin.

Following a short discussion on what sorts of features a story simply must have, the class held a short discussion about why that might be. Identifying the function of traits such as tension and conflict helped to outline what really pushes a story forward, and why the short story has the capacity to deliver such a powerful punch. It seems, that people invest in people, even if they are imaginary ones – often, remarked Mark, especially because they’re imaginary! This crucial comment neatly linked in with the next stage of story-writing: Character.

Owing to the brevity of the short story, sketching who a person is, why they’re in that story, what they look like and where they’re at in their lives, has to happen with immediacy. No easy task, Mark identified. To add to the difficulty, making them feel realistic is also key to readers liking them, and their role as protagonist/antagonist working within the context of a fictional world. Fortunately, Mark broke down ways that all these things can be achieved, so a memorable figure emerges. Detail is key: facts about their lives, things they love, hate, laugh or cry at, their clothes and music tastes, to name a few. Subtlety can go a long way. Using symbolism, it turns out, can flesh out many things at once, in a short story. Things were really moving now. The buzz in the room was real. Everyone had a go at creating a character and the opportunity to share aspects if they chose to.

For a first session, these two hours crammed so much in, enough to start a story. So, that’s exactly what the brief was: for next month, combine what had been learned. Put your person in a scenario. Something really impressive was that Mark knew people wrote different genres. Yet, these time-tested skills, along with tips and tricks of his own, meant that they could be applied to almost any plot. An absolute cast iron base to launch a story from, with a range of rules, pitfalls to avoid, stuff not to worry about and heaps of enthusiasm, from Mark. That spread to everyone else who chatted during the break and was clearly excited to be working with one another. With such a solid start, the next five workshops will undoubtedly bring masses of creativity and some wonderful, inspiring stuff. Roll on next time.

Benjamin Francis Cassidy, 36, was born in Blackpool is an aspiring author. Alumni of MMU, he writes short-fiction, poetry and contributes to music magazines and local interest/social enterprise blogs, including: Louder Than War, Haunt Manchester!, Volition Manchester (Cathedral volunteering services). His work has also been commissioned by and appeared on the Elizabeth Gaskell House website. He currently lives in Rusholme, with his cat, Lucy.