August marks Women in Translation Month and here at Comma we are excited more than ever.

WITMonth is an initiative started by Meytal Radzinski in 2014 to showcase women writers and translators from around the world who write in languages other than English and who translate into English.

One of the key roles – if not the main role – in literature is story-telling. In the current political climate, hostilities towards different voices and the contributions of those labeled as “outsiders”, are not new. Translated literature is therefore of paramount importance in sharing these cultural conversations and in broadening perspectives globally.

It is important, now more than ever, to encourage readers and writers of Women in Translation. The #WITMonth movement aims to change this by bringing these writers and translators into the mainstream literary conversation.

In 2018, the number of male authors in translation (63.64%) is almost double that of female authors in translation (32.73%), according to a study conducted by the University of Rochester’s Three Percent blog. In the past 10 years, 2008 was the worst with only 23.4% of translated work by female authors – but this is unfortunately only slightly lower than the decade’s average, with 29.03% by women (1436) against 68.43% by men (3385), with the remaining work jointly authored titles. Meanwhile, the statistics between male translators in 2018 (42.59%) and female translators (51.85%) show that there is an instrumental disparity between writers and translators, where more men are having their books translated into English but more translation jobs are going to women.

The statistics for translators is an encouraging testament to ending gender disparity within the translating community as well as an appetite among readers, writers and translators to hear diverse voices. Translators as well as their publishers and reviewers deserve major recognition for making diverse and otherwise inaccessible voices available to us and it would be a disservice not to recognize their work.

For example, Lyn Marven, translator of Comma Press short story collections; Swallow Summer by Larissa Boehning, a rich embodiment of personal resilience in the wake of feelings of loss and abandonment; and Long Days by Maike Wetzel, stories which capture moments where life pauses, leaving her characters so adrift that only acts of self-destruction offer a semblance of sanity, is a Senior Lecturer in German language-literature at the University of Liverpool and a translator of contemporary German literature. Further translations include the anthology Berlin Tales (OUP) by Wetzel as well as short texts by Saša Stanišić, Herta Müller, Ingeborg Bachmann and others. Lyn is also the German section editor of the journal Modern Languages Open. 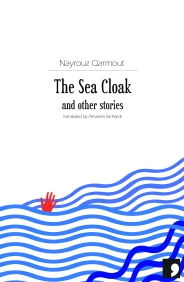 Perween Richards is a literary translator from Arabic. She attended the Translate at City summer school in London in 2016, and was one of the two winners of the school’s annual translation competition, sponsored by Comma Press. She was recently awarded an English PEN Translates grant to translate The Sea Cloak by Nayrouz Qarmont, a collection of 14 stories, due to be published this October, which draw from the author’s own experiences of growing up in a Syrian refugee camp, as well as her current life in Gaza.

But when it comes to writers, why is the problem gendered – and significantly so? Not only must women in translation break through cultural bias, they must also transcend gendered barriers.

It is hard to identify a sole source of blame. This lack of representation is not only evident in the amount of critical reception (coverage, reviews, publicity etc) in which female authors in translation receive but also their presence on literary prize long and short lists which are mostly dominated and judged by men. Over the last 20 years, only three women have won the PEN Translation Prize, which makes 15% and over the last 3 years, women make up 13% of the longlist and 16% of the shortlist for the Independent Foreign Fiction Prize.

Indeed, the tougher hurdle to overcome is the systematic refusal of female writers that have covertly affected agents, editors, publicists and audiences. Like any effective system of power, especially the likes of patriarchy, the means of keeping the power structure intact is complex.

Solutions for the undeniable dismissal of women writers, either in translation or not, prove alternatively divisive. Kamila Shamsie for example suggested that 2018 should be a year of publishing only women, a rallying call which was ignored by other publishers aside from indie publisher And Other Stories. Even the renowned Women’s Prize for Fiction ignites anti-feminist backlash and annual arguments over whether the prize should exist or not, with many critics claiming it is not needed anymore.

Having said this, recent developments such as the Warwick Prize for Women in Translation is a rallying call for translators and publishers and an important step to notifying others of and changing the gender imbalance. Annually, the £1000 prize is awarded to the best eligible work of fiction, poetry, literary non-fiction, or graphic novel, written by a woman and translated into English by a translator of any gender.

Thinking about these root causes might lead to solutions but I am interested in questioning why we need to in the first place. Is the hashtag #WITMonth a noble cause for the sake of gender equality or, can we also produce logical arguments and convince mainstream publishers to embrace more women in translation?

Books written by women from other countries, cultures and in other languages offer a glimpse into lesser-known worlds. With increasing censorship and fears of what is “other” to us, it is important to embrace and persevere with our right to cultural dialogue from both gendered perspectives.

Otherwise, readers are left with a world that panders to cultural ventriloquism, a literary phenomenon where white, male authors write in a “palatable” way about women and countries in which they have little experience. These books not only reinforce clichés and potentially damaging stereotypes but also give few genuine insights of gender and women from different countries.

As Kamila Shamsie argues of a diverse reading list: “if your eyes skew in a particular direction (geographically, ethnically, genderwise) in a search for greatness you miss out on much of what is unmissable in the world”.

As the month draws to a close, it seems only fitting that we write about and honour #WITMonth. At Comma we have been reading and celebrating female authors in translation as well as their translators and encourage you all to do so.

SJ Callender is our Marketing and Publicity Assistant gaining experience at Comma on an internship sponsored and facilitated by Lancaster University. She is currently finishing her BA in English Literature and Politics at Lancaster University and will begin studying for her MA in Culture and Thought after 1945 at the University of York next year.