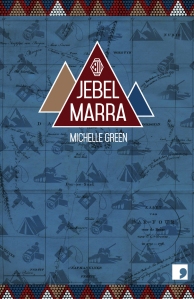 Try to picture it: over a ten year period, all of Greater Manchester is abandoned. Every adult and child is driven from their home, and the doors hang open in Stockport, Salford, Oldham. Broken windows and burnt out flats in Denton, Prestwich, and Hulme. Every single street empty, while the residents run for their lives.

This is roughly 2.7 million people I’m talking about, displaced. This is Darfur, right now.

The population of Darfur is just under nine million, which means almost one in three have been made homeless and are now living in IDP (internally displaced persons) camps. All of Greater Manchester forced to run away from home, and that 2.7 million doesn’t include the war dead.

This was the backdrop of the recent conference ‘Darfur at the Crossroads’, an event hosted by the Sudanese Programme at St Antony’s College, Oxford. I was lucky enough to be invited to read from my book and speak about writing fiction from fact, and as the only writer on stage that day I provided a somewhat gentle introduction to a day of political conversation.

As the conference was run under the Chatham House Rule, meaning no direct attribution of comments to any one person, I will only talk generally about what was discussed, but I will start by saying it was a fascinating event.

Anyone who’s followed the situation in Darfur will be aware of the danger that many Sudanese and Darfurian people face in speaking out against the government. Here in the UK, many activists and opposition politicians live in exile, having fled threats of jail time and worse. During one of the breaks, one man tells me how he was smuggled to the airport disguised in his most ragged clothes, stolen away at night as the police went door to door, looking for him and other dissidents.

Some of the conference attendees are affiliated with rebel groups, and some are not. Civil society groups are represented, as well as researchers who’ve gathered data on the elements that feed the conflict, like water scarcity. Climate change is named as one of the biggest threats, and among talks about political structuring and negotiation, we hear about fossil water and the annual rainfall that shrinks each year.

Here in the UK, we are told that the war in Darfur is tribal – Arab versus non-Arab – and that story dovetails nicely with the ‘clash of civilisations’ rhetoric that our leaders have used to describe and justify their own wars, but the thing is, it’s not true. Not really.

As well as environmental pressures, one speaker talks about the social construction of identity in Sudan. He explains the long tribal pedigrees that certain Sudanese groups use to trace their ancestry back to Saudi Arabia, looking to a history and lineage across the Red Sea. These pedigrees – that no serious historian would accept, the speaker adds – are politicised papers that are used to claim ownership of Sudanese identity, laying a mono-culture onto what is actually a deeply multicultural society.

There is talk of secularism and sharia law, of the fact that there is no consensus definition of sharia, and our speaker points out that sharia, in practice, in Sudan, has been used as a tool to suppress poor people.

Through all of this, one phrase keeps emerging: the Centre. No one names the capital, Khartoum, as the power base, or North Sudan – they say ‘the Centre’, again and again, and it is clear that at this event, people are speaking from the margins. During the afternoon, another question on marginalisation is raised: where are the Darfurian women? (I am the only woman on stage, and I’m white, British-Canadian.) From the audience, we hear from a Darfurian woman who runs a civil society organisation in the UK – we hear her ideas for representation, for future discussions. There are margins within margins.

‘What we need at our next event,’ one of the organisers says, ‘is a stage of Darfurian women speakers addressing women’s issues and women’s part in this struggle, and the men in the audience, listening.’

For more information on the Sudanese Programme at St Antony’s College, as well as upcoming events, please visit http://www.sant.ox.ac.uk/research-centres/sudanese-programme