Comma’s successful Reading the City Series has collated some of the best writing from all over the globe, most recently with The Book of Tokyo.

The Book of Leeds

The Book of Leeds traces the unique contours that fifty years of social and economic change can impress on a city. These are stories that take place at oblique angles to the larger events in the city’s history, or against wider currents that have shaped the social and cultural landscape of today’s Leeds: a modern city with both problems and promise.

‘Deca-Polis’: Greek for ‘ten-cities’. Bringing together ten writers from across Europe, it offers snapshots of their native cities, freezing for a moment the characters and complexities that define them. Ten cities: diverse, incompatible, contradictory – in everything from language to landscape.

‘Madinah’ – the Arabic word for ‘city’ inspires ten urban stories set across the region – the city reveals itself through a vibrant array of characters: from the celebrated author collecting an award in the city that exiled him decades before, to the forlorn lover waiting at a rendezvous as government officials raid nearby shops, confiscating ‘wanton’ Valentine’s Day roses.

The Book of Liverpool

This book brings together the fiction from some of the city’s most celebrated writers. The Book of Leeds traces the unique contours that fifty years of social and economic change can impress on a city.

ReBerth: Stories from Cities on the Edge

The six European port cities known as the ‘Cities on the Edge’ – Liverpool, Bremen, Gdansk, Istanbul, Marseilles and Naples – share a history of dissent, diversity and economic reinvention. Featuring short stories by twelve acclaimed writers, ReBerth explores these landscapes of change – the social tensions, the scars of war and economic decline, the attempts at regeneration, and the startling and sometimes unsavoury secrets of how these cities’ inhabitants thrive and survive.

The Book of Istanbul

The Book of Instanbul is a collection of short stories that take us on a literary tour of the city, from its famous landmarks to its darkened back streets, exploring the culture, history, and most importantly people that make it the great city it is today. 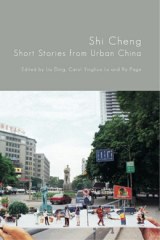 From the affluent, Westernised Hong Kong to the ice-cold Harbin in the north, from the Islamic quarters of Xi’an to the manufacturing powerhouse of Guangzhou – China’s cities thrum with promise and aspiration, playing host to the myriad hopes, frustrations and tensions that define China today. The challenges depicted in these stories are uniquely Chinese, but the energy and ingenuity with which their authors approach them is something readers everywhere can marvel at.

The Book of Rio

The city of extremes; Rio is the centre of the party, with an outlying influx of poverty spilling out onto the hills. On the one hand it is known as a popular tourist destination, and on the other hand, it is known for its dark underbelly of crime and corruption. This anthology of 10 short stories introduce us to the locals, who tell an altogether different story of Rio; a story of young hopefuls, exhausted labourers, bored call-girls and nostalgic drag queens.

The Book of Gaza 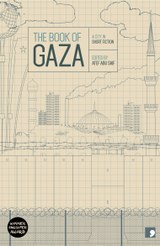 This anthology brings together some of the pioneers of the Gazan short story with writers from the Israeli occupation of the ‘70s and ‘80s as well as more recent exponents of the form. The 10 stories offer glimpses of a life aside from the media coverage, revealing tales of anxiety

, oppression, and violence, but also of resilience and hope and of what it means to be a Palestinian.

The Book of Tokyo

Featuring a gentle but crisis-ridden father, a suspected murderer and his would-be victim and a monster who rides ferries and trains to find salvation in the city, this anthology of 10 short stories promises to amuse, fascinate and challenge its readers.

One thought on “Around the World in 10 Comma Books…”